How does the Spanish football pyramid impact on Menorca?

How does the Spanish football pyramid impact on Menorca? 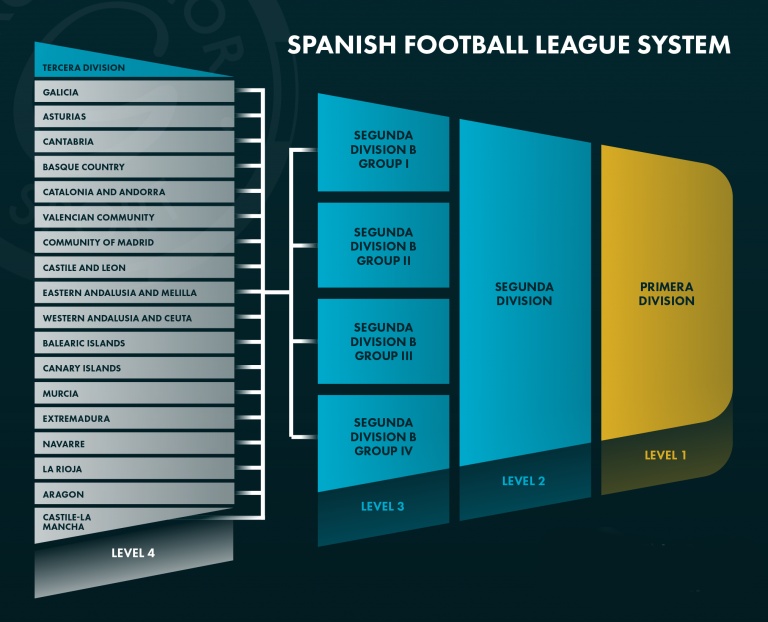 Accompanying image above from the Grosvenor Casino blog

As of 2019/20, there are no Menorca teams in Group 11 – Balearic Islands of the Tercera Division.

The division currently comprises 21 teams, who play each other home and away.

The top team qualifies for the group champions’ play-offs and the Copa del Rey.

The teams in second, third and fourth qualify for the promotion play-offs.

The champions’ play-offs sees the 18 group winners, including the Group 11 winners, being drawn against each other in a two-legged series, where the nine winners will earn to promotion to Segunda Division B.

The 27 winners will then join the nine losing clubs from the champions play-offs to create 18 ties in another two-legged series, with the lower-ranked club play at home first.

The bottom 4 teams are relegated to Regional Preferente.

Regional Preferente consists of three leagues – one for each island of Menorca, Mallorca and Ibiza.

Each team plays home and away against the other eight teams for a 16-game season. The champions then proceed to play a play-off against the champions of the Ibiza league to earn promotion to Tercera Division Group 11.

Prior to the Preferente Menorca league season starting this year, a cup competition takes place where all teams play each other once, with the top four teams progressing to the semi-finals and then a final.

Prior to each season starting, the league winners face the cup winners in the Preferente Menorca Super Copa.