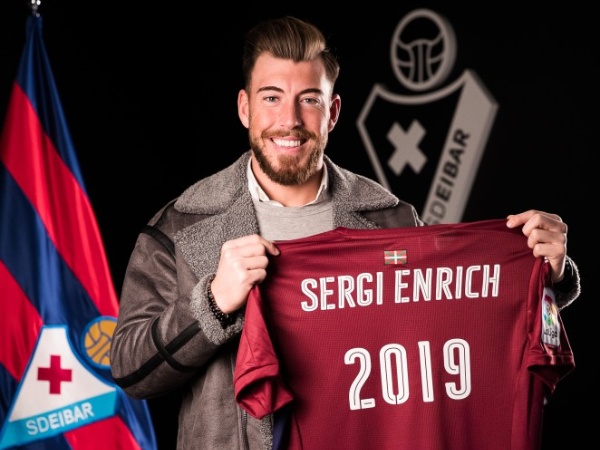 While the island itself might not have any clubs in the Spanish national leagues, there are players who were born and made on the island making a name for themselves.

Plying his trade in La Liga with minnows Eibar, the 30-year-old hails from Ciutadella and came through the youth ranks at Real Mallorca. The forward made his debut in La Liga for Mallorca away at Espanyol on 24 January 2010, though spent much of his early years playing for Real Mallorca B in the third division. 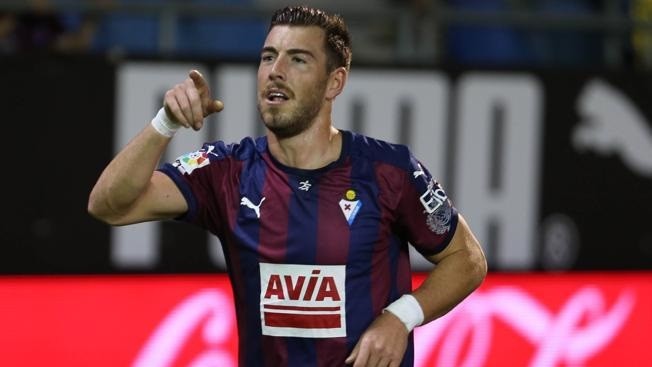 He scored a respectable 30 goals in 83 appearances for the ‘B’ side, though only made six appearances for the first team, having spells on loan at Recreativo and Alcorcon before moving on permanently in 2013, signing for Numancia on a two-year deal.

From there, he moved to Eibar in 2015 where he has stayed ever since, averaging a goal every four games or so. That included 11 goals in the 2016/17 season when they finished 10th, an achievement they bettered the following season by finishing 9th and as of 2019/20, have now spent six seasons in La Liga.

Enrich courted controversy in 2016, when a sex tape involving himself, team-mate and former Aston Villa player Antonio Luna and a woman went viral. That led to both players being dropped from the Eibar first team, and they released a joint statement that included: “We hope this incident won’t degrade the image of the club or of our team-mates.”

Currently trying to help another island team up the football pyramid is midfielder Pep Caballe.

The 29-year-old from Mahon moved to Ibiza last summer after 10 seasons with Barcelona-based UE Cornella, who I actually watched him play for in a league game against Teruel last May.

He also scored against Barcelona in the Copa del Rey earlier this year in the historic first meeting between the two sides, firing Ibiza in to a shock ninth minute lead, before Antonie Griezmann’s brace – including one in the fourth minute of injury time – spared the Catalans’ blushes.

Much travelled striker Pons is currently trying to help Mallorcan club UD Poblense to promotion from the Tercera Division. The Mahon-born 29-year-old started out as a teenager with Sporting Mahones before playing for Alaior and Atletico Baleares. 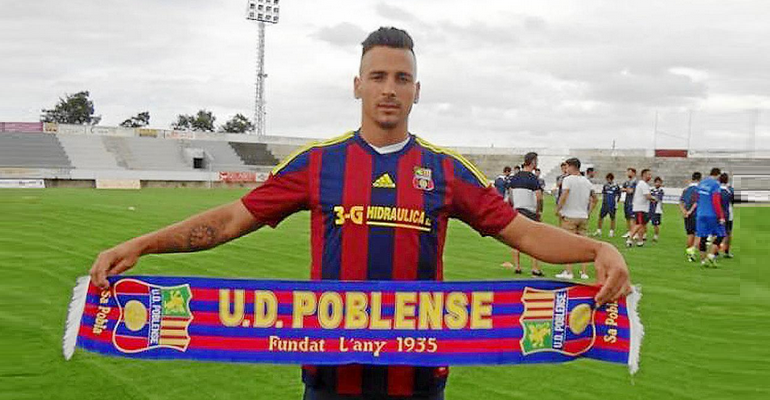 He moved around to UD Somozas, CD Montuiri, UD Salamanca, CD Constancy, CD Tudelano and CD Llosetense before settling at Poblense, where he has been since 2016/17. That triggered a prolific period where he scored 33 and 32 goals in 38 games in both of his first two seasons. During that time Poblense haven’t finished lower than third in the Tercera Division (Group 11). He has scored 14 goals in 27 games in 2019/20.

Central defender or defensive midfielder Hernandez has a promising career ahead of him at the age of 23, and is currently trying to help Real Mallorca’s B side earn promotion to Segunda Division B. Ciutadella-born, he has had spells with Levante turning out for their B side before switching to Mallorca. Out of contract in the summer, he will be hoping to do enough to earn a new deal. 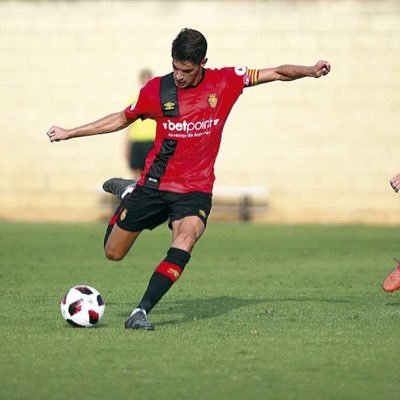 Captain of the side since early in the season, Hernandez scored in the 4-0 win over Soller back in August. He’s on Twitter too @AndreuHdez_4. 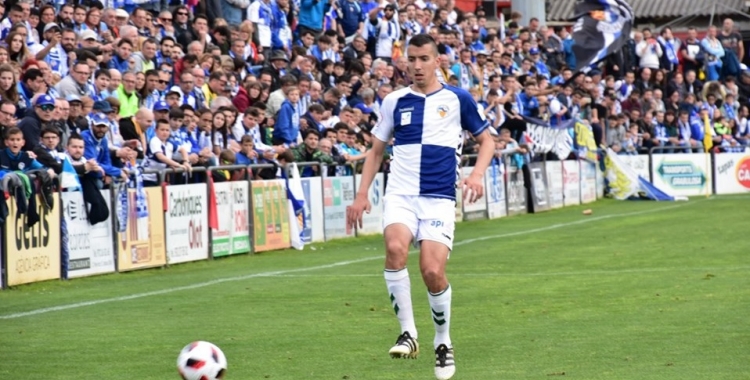 The Mahon-born midfielder played for Sporting Mahones in Segunda Division B in 2009/10 and 2010/11, and following their demise, remained at that level with several other clubs – including Celta Vigo B, Mallorca B and Atletico Baleares.

For the past three seasons, he has been with CE Sabadell as a mainstay of their side, which will fight for promotion to Segunda Division through the play-offs this summer.

Capo has made more than 300 appearances in the third tier during his career scoring 19 goals and picking up 72 yellow cards.

Mahon-born midfielder Ruben Martinez will be plying his trade in the second tier of Spanish football, Segunda Division, in 2020/21 after helping UD Logrones to promotion via the play-offs.

The 30-year-old has been with Logrones since January 2018 and they finished top of their Segunda Division B table.

He has played in Segunda Division B since 2010, turning out for Alicante, Celta Vigo B, Alcoyano, Sant Andreu, La Hoya Lorca, Llagostera and Melilla.

Martinez was with Barcelona as a youth team player up to the age of 18, though information is sparse on who he played for in Menorca as a junior. Find him on Twitter @RubenMartinez23

Biel Medina, from Mahon, played for a number of clubs including Hospitalet, Eiber, Leganes and Lleida Esportiu before retiring in 2014. Now 40, he had two spells with hometown club Sporting Mahones.

All of the above could well be surpassed by the island’s brightest prospect, Xavi Sintes, who is currently at Real Madrid. That deserves a blog all of its own, coming soon…

I hope to add to this list as and when I find more players, or indeed when more make progress.