All games postponed in support of referees

All games postponed in support of referees 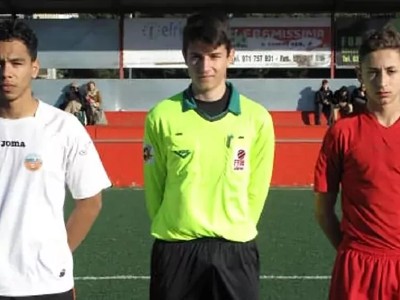 There will be no football on Menorca this weekend after the Balearic Islands Football Federation (FFIB) postponed all matches.

The decision was made following an emergency meeting earlier this week.

There have been an increasing number of attacks, both verbal and physical, on referees in recent years.

Last week, Mallorcan referee Joan Miquel Reus was punched by a player during a match between Xilvar and Son Ferrer in the Mallorca Regional league after issuing a red card.

The 21-year-old suffered a perforated eardrum and was hospitalised following the attack.

He told Mallorcan paper Ultima Hora (translated): “When I was alone in the locker room waiting for the police, I thought about not blowing the whistle again, because it wouldn’t make up for it. But then, as I got better mentally, I decided that this won’t let me be left behind.

“It happens on all fields, including children’s games. Sometimes we tell the game delegate when we hear something.

“But if we were to suspend all games where there are insults, none would end.”

It comes just weeks after an attempted attack on a referee with a knife.

Fellow referees had threatened to strike following the events, with the FFIB then stepping in to show their support.

A FFIB statement said: “The Balearic Islands Football Federation would like to express through these lines its utmost concern with the latest events related to attacks on referees in our competitions and our strong condemnation of all kinds of violent behaviour in sport.

“In this sense, the FFIB sends an unequivocal message of support to the entire Balearic arbitration establishment that has taken the decision, as a protest measure, not to whistle this weekend.”

All games across the Balearic Islands in regional divisions, including Mercadal’s game in the Tercera Division, have been called off.

Clubs have also been reminded that the consumption of alcohol in sports venues is prohibited.

The FFIB has also stated it will provide maximum legal support for referees and push for custodial sentences for any attacks.

Next weekend was scheduled to be a free weekend in the Regional Preferente Menorca, so perhaps these games will be re-scheduled then.

CE Mercadal are at home to Inter Ibiza next Saturday in their fight to avoid relegation from Tercera Division.