CD Migjorn won the Menorcan Super Cup with a 1-0 win over CD Menorca in the lead up to Christmas.

Juanfran’s first half goal was enough to win it for Migjorn, in the annual game between the respective winners of the Menorcan league and cup.

CD Menorca of course won the league for the first time in more than 30 years, while Migjorn won the cup last year by beating CE Alaior on penalties in the final.

The first trophy of the season comes in what is Migjorn’s 50th anniversary.

Recent winners of the Super Cup 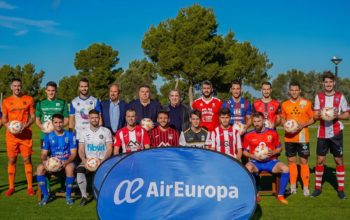