How the league table looks at Christmas

How the league table looks at Christmas 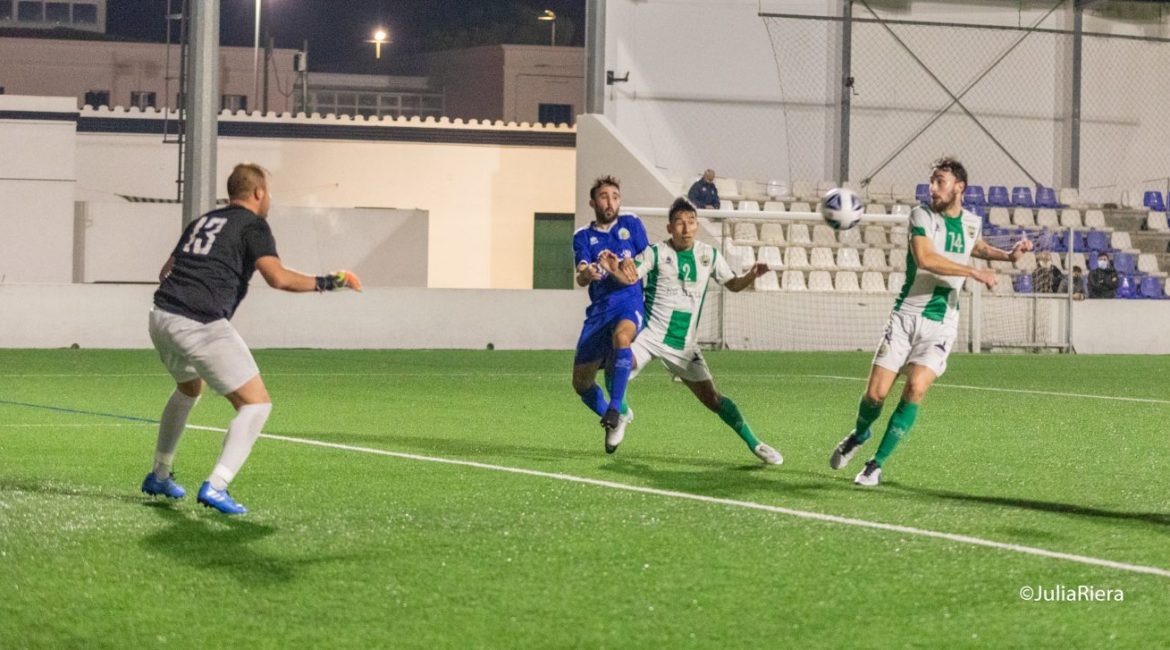 CD Migjorn join Mercadal at the top of the Regional Preferente Menorca league table at Christmas after winning their game in hand.

The Verdiblanco were 2-0 winners against CCE Sant Lluis in a re-arranged game at the weekend, originally postponed a fortnight ago due to a positive coronavirus case in the Sant Lluis camp.

The win was their sixth out of six, meaning they keep the pace with the reigning champions with a 100% record at the top of the table.

Juanfran opened the scoring, although the opponents claimed an offside, before a Bolopo own goal secured the points.

With an automatic promotion place up for grabs, as well as the opportunity for the runner-up to take part in a promotion play-off, Migjorn are proving to be a surprise early challenger.

In third are Alaior, who remain unbeaten, with five wins and a draw.

The local press are already writing off UD Mahon’s chances of promotion – following their back-to-back defeats to Mercadal, which leaves them 11 points off the pace.

There are still 16 rounds of games to play in the New Year. 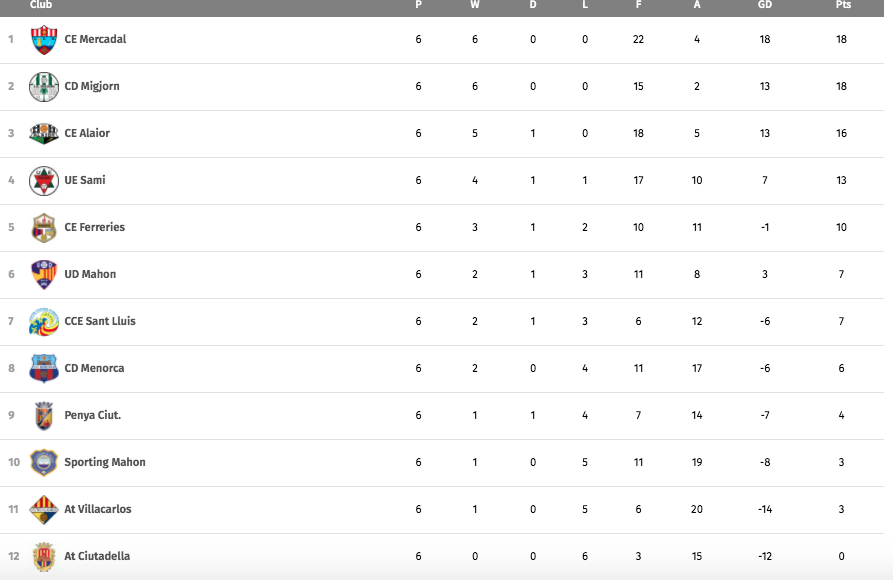