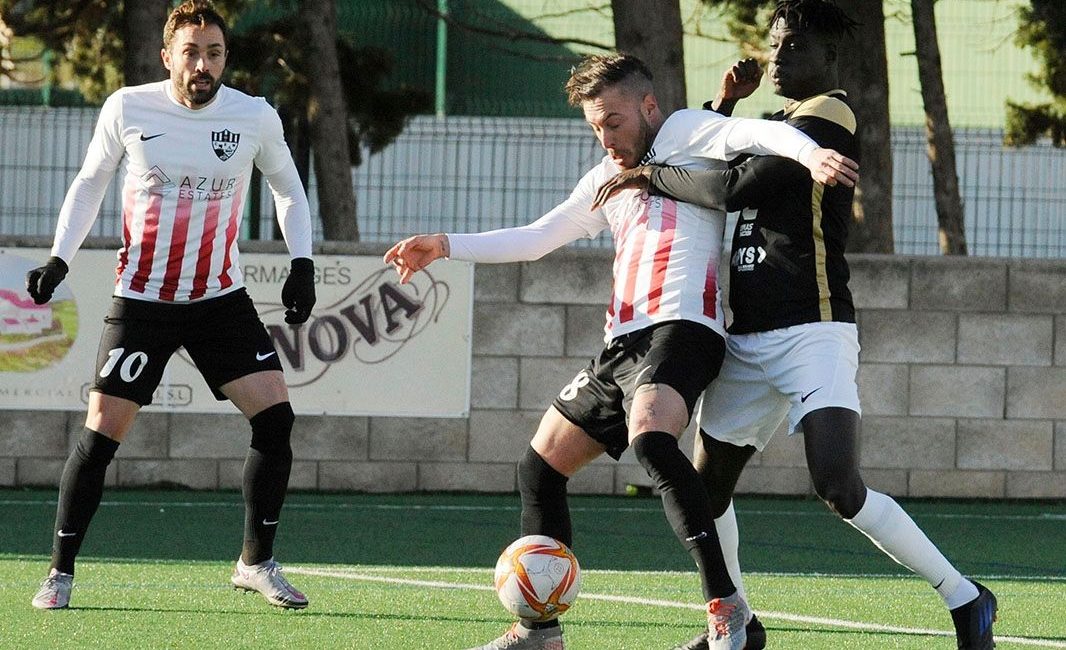 Mercadal have boosted their survival hopes in Tercera Division with two wins and a draw from their last four games.

They made it a Merry Christmas by ending their long run without a win on Boxing Day, beating CF Soller 2-1.

The New Year started with a last gasp 1-0 home defeat to PE Sant Jordi, a game in which Mercadal finished with nine men.

Following a red card for Biel Villalonga after just five minutes, Raul Marques was sent off and then Jerome scored a cruel winner in injury time.

Their second game could have been catastrophic, as a brace from David Camps enabled them to fightback from 2-0 down to draw against relegation rivals UD Rotlet Molinar – including a last minute equaliser.

Although the hunt for a win at home – Mercadal are winless at Sant Marti since October – they bagged a stunning victory on the road at the weekend, winning 5-0 at Ibiza San Rafel.

Mercadal are currently one place above the bottom seven, who will be relegated from Tercera Division.

They are six points behind Binisalem, who have three games in hand.

It promises to be a nervy second half of the season as Mercadal look to maintain their status in the national leagues.