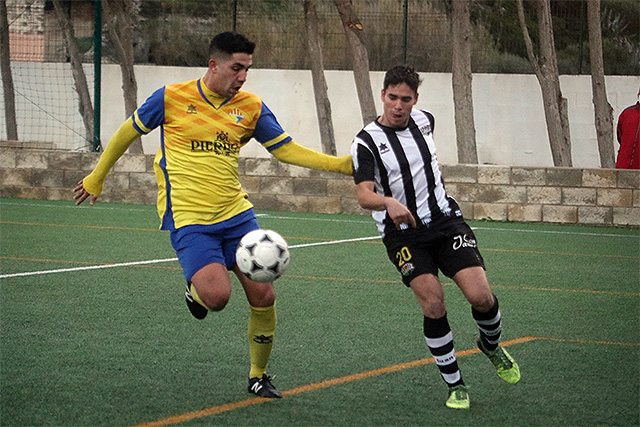 The pattern of the opening rounds of the season continued as the reverse fixtures of the previous weekend were played.

CD Migjorn maintained their 100% record with a 4-0 win over CCE Sant Lluis, as both sides played their fifth game of the season after having their game postponed last week. Juan Francisco Egea scored a brace in the first 17 minutes, and that’s how it stayed until Jonatan Segui and Josep Sales scored in the final 10 minutes.

That result sees Migjorn third in the table just behind CE Alaior, who registered a second successive 4-0 win over Atletico Villacarlos. There was no sign of last week’s hat-trick hero, Ramon Huescar, but it made no difference as Sergio Vinent’s brace was bookended by Enric Lluch and Alex Pons.

CE Mercadal remain top after making it six wins out of six, once again in controversial fashion, beating UD Mahon 2-1. After winning against the same opponent with a 90th minute penalty last week, it was two penalties this time that saw the champions home. UD Mahon had led through Emilio Collado’s 33rd minute strike. Eric Barber’s penalty levelled things up on 75 minutes and then a second penalty was converted by Elliot Galan three minutes from time after UD Mahon had played the final 10 minutes with 10 men following a red card for Miguel Martinez.

UE Sami suffered their first defeat of the season as they went down 5-3 at CD Menorca. Marc Gelabert’s brace and goals from Iker Echeverria and Marc Urbina put the hosts 4-0 ahead, and though Sami fought back with a hat-trick from Adrian Anglada, Urbina’s second made the points safe.

Atletic Ciutadella are rooted to the bottom of the table after suffering their sixth loss of the season, going down 3-0 at CE Ferreries, but neighbours Penya Ciutadella registered their first win of the season, beating Sporting Mahon 2-1.