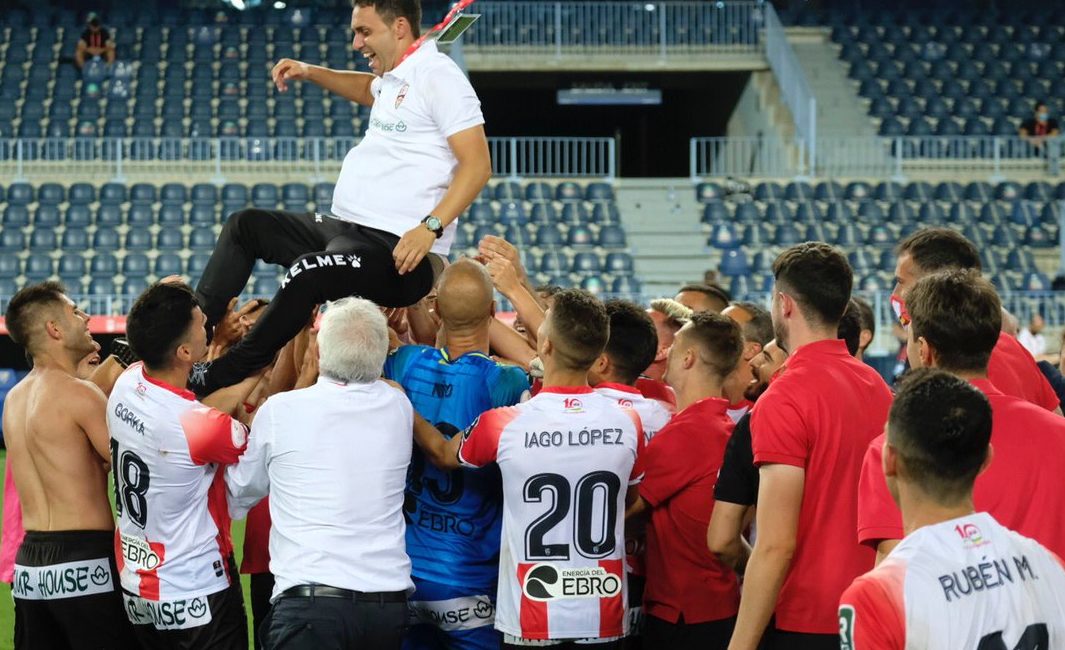 Martinez, 30, played 60 minutes as Logrones came from a goal down to draw 1-1 against CD Castellon in their champions play-off – their superior league placing meaning it was they that earned promotion to Segunda Division.

He was one of several Menorcan players involved in play-off action over the weekend.

Sadly, the only Menorcan club in action – CE Mercadal – went down 2-1 to Porreres meaning that for the second successive season, there will be no club representation from the island in the national divisions.

Two Menorcan players will go head to head in the Tercera Division Group 11 play-off final on Saturday, as Poblense take on Real Mallorca B.

Prolific striker Aitor Pons scored the decisive goal for Poblense as they earned a 1-1 draw with Felanitx at the weekend, progressing thanks to their superior league position – they had of course finished top of the league table.

He will go up against Andreu Hernandez, the Real Mallorca B defender who helped them to a 1-0 win over CD Ibiza.

Sadly, there was no success for Pep Caballe, an unused substitute as UD Ibiza were beaten 1-0 by UE Cornella in their bid for promotion to the second tier.

There was no Pedro Capo for CE Sabadell, but they moved within one game of promotion by winning 3-1 on penalties following a 1-1 draw against Atletico Madrid B in the Segunda Division B play-offs.