Mercadal continue to run away with league

Mercadal continue to run away with league 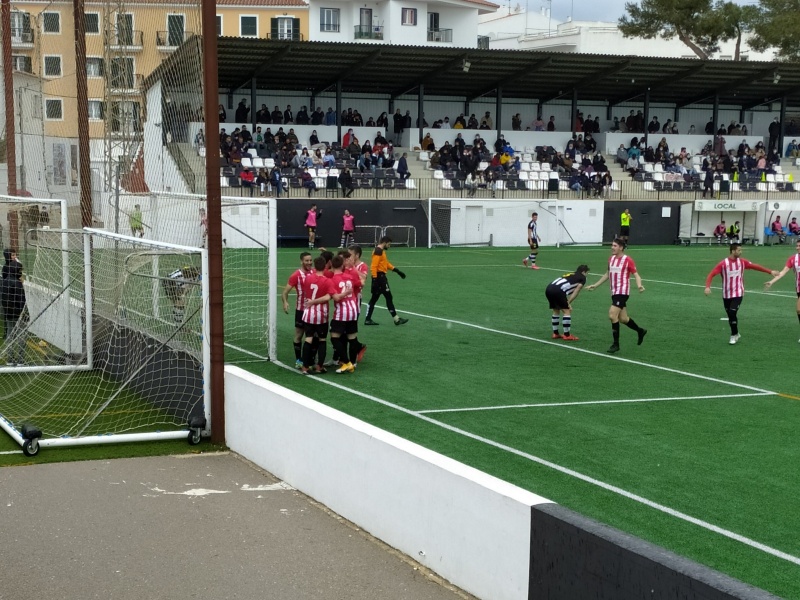 Mercadal’s romp to the Menorcan league title and automatic promotion to Tercera Division continued with a 3-0 win over CE Alaior.

They were 2-0 up by half time and Guillem Marti’s goal three minutes in to the second half secured the points – an 11th win from as many attempts this season.

That defeat for Alaior enabled CD Migjorn to leapfrog them in to second place with a 3-1 win at Sporting Mahon.

Kevin Prieto gave Migjorn an early lead, only for the hosts to equalise through Nil Garcia before half time.

Adan Febrer’s goal 17 minutes from time gave Migjorn the lead and Jose Gonzalez secured the points late on; but they remain some 10 points behind the leaders.

UE Sami lost ground in the chasing pack as they were beaten 1-0 at CE Ferreries.

Berto Vaquero’s free-kick 10 minutes from time was the only goal on the day, in a match which started under a heavy downpour on Easter Sunday.

Sant Lluis had been fancied to compete at the top end of the table but find themselves third from bottom following this latest defeat, courtesy of a David Mas brace.

Penya Ciutadella went down 1-0 at CD Menorca, with Joan Capo’s own goal ensuring the hosts leapfrogged Sant Lluis in the table.

The goals came late to secure only their second win of the season, Rodriguez and Ricardo Gerez (pen) scoring in the last five minutes.