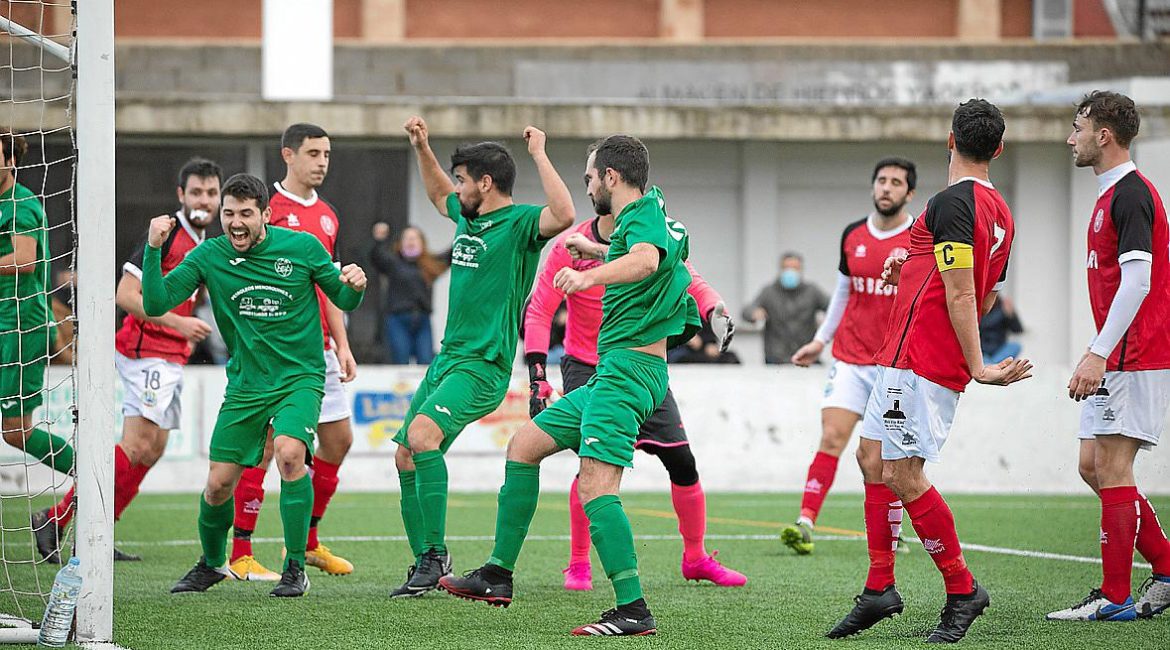 Champions Mercadal moved five points clear at the top of the table after their closest challengers both lost.

Pere Vadell’s team made it eight wins in a row with a 7-2 win over Atletico Villacarlos. Elliott Galan scored a first half brace as they led 4-0 at half-time, and although the visitors did get two goals back, it was nowhere near enough.

The previously unbeaten CE Alaior suffered a surprise 2-1 loss at home to CD Menorca. Goals from Bryan Punetues and Marc Gelabert earned the visitors only their third win of the season to lift them up to seventh in the table.

UE Sami leapfrogged CD Migjorn in to second place by beating them for a second successive weekend. Josep Salord’s goal three minutes from time completed the turnaround for the hosts, after Juan Egea and Vicent Pico had exchanged first half goals.

CCE Sant Lluis are up to fifth, six points behind the promotion chasing pack, after they beat CE Ferreries 2-1. They too trailed, through Carlos Febrer, only for goals either side of half time from Frank Bonilla and Alejandro Fernandez to help them earn the three points.

Bottom side Atletic Ciutadella lost again, going down 2-0 at home to Sporting Mahon, with Joel Sanchez notching a brace.

The other game of the round, between Penya Ciutadella and UD Mahon, was postponed due to COVID-19 reasons.