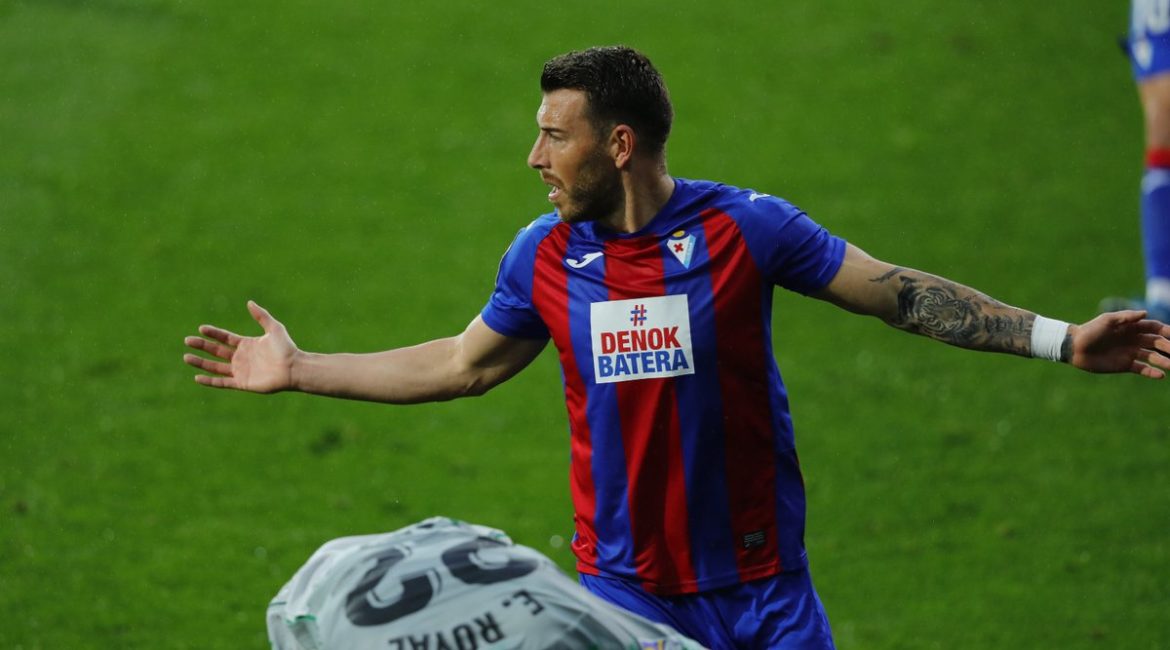 Ciutadella striker Sergi Enrich may be on the move this summer after his side SD Eibar were relegated from La Liga after six seasons.

Enrich, 31, was club captain and wore the number nine shirt but couldn’t do anything to prevent their relegation being confirmed by a 4-1 loss at Valencia.

Although he remains under contract until the summer of 2022, local press in Menorca report that he is being allowed to speak to other clubs – and that may well include Real Mallorca, who had their immediate return to La Liga confirmed on Tuesday night.

There are some questions over whether Enrich can still hack it in La Liga. He scored three times for Eibar this season after netting just once in the last campaign.

Back in 2016/17, he scored 11 goals as Eibar took to La Liga in some style but he has not been able to maintain those performances.

He came through the youth ranks at Mallorca, and scored 30 goals in 83 appearances for their reserve team in Tercera Division, as well as making six first-team appearances.

In total, he has scored 32 league goals in 171 appearances for Eibar.