Week 2 round-up: More of the same in fixture reversal

Week 2 round-up: More of the same in fixture reversal 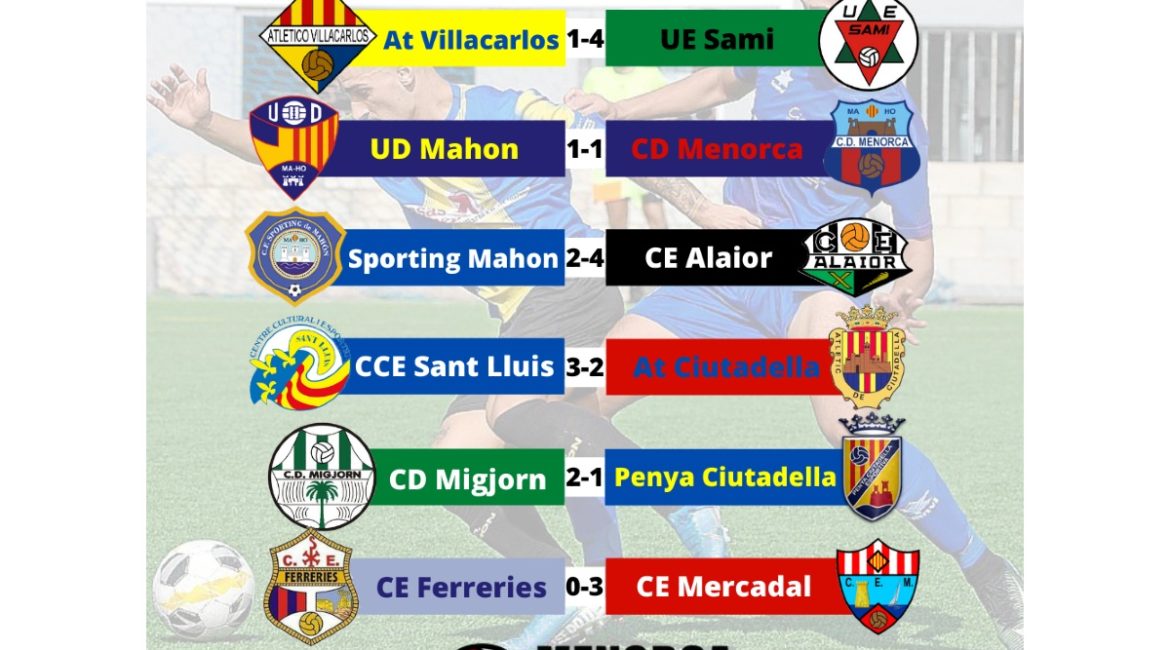 It was more of the same in Menorca at the weekend as the six games from last week’s opening round were reversed.

Due to the change in season dates, Round 12 had been brought forward to be played just a week after Round 1 had been played – meaning the six teams that were away last week, would be at home to the same opponents this week.

And it resulted in similar results – with five of the six teams that won in round one, winning again.

The only change saw CD Menorca bounce back from their opening day defeat to UD Mahon, by securing a 1-1 in the away fixture.

They could have had all three points too, thanks to Marc Urbina’s 67th minute goal, with Yago Pedroza equalising for the unionists in the 89th minute.

After opening with a 5-0 win last week, champions Mercadal were 3-0 winners at CE Ferreries – though they were made to work harder this week.

Guillem Marti opened the scoring early in the second half, but the points only became safe in the final eight minutes, when Cristian Pico and Samuel Bedoya bagged.

On a day when their women’s team got their new season underway with a victory, CCE Sant Lluis held off an Atletic Ciutadella fightback to win 3-2.

Toni Vinent, who scored the only goal from the penalty spot in the meeting between the two last weekend, added another from the spot on the hour mark to put Sant Lluis 3-0 up after Alex Pons’ brace either side of the break.

Cesar Gimenez gave the visitors faint hope with 12 to play, and though Jose Carmelo scored in the 88th minute, it was too little too late.

Jorge Pena had originally given Migjorn a 1-0 lead in the 56th minute.

Jorge Mitrani and Nil Garcia scored either side of Sergio Pons’ goal to give the hosts the lead.

But last week’s hat-trick hero Ramon Huescar equalised two minutes in to the second half, before Pons’ second gave Alaior the lead.

Huescar made the points safe in the 77th minute with his fifth goal of the season.

Atletico Villacarlos’ first home game in seven years ended in a 4-1 hammering at the hands of UE Sami. Ignasi Cortes (2), Nicolas White and Pedro Anglada were the scorers for the visitors, who led 3-0 at half time, with Miguel Salcedo pulling one back late on as scant consolation.