CD Menorca made to wait for league title

CD Menorca made to wait for league title 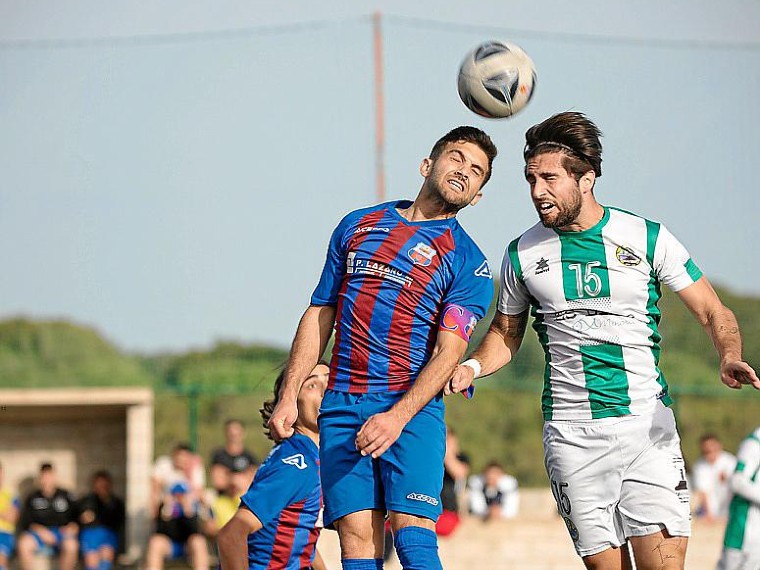 CD Menorca were once again made to wait to claim the league title as they were beaten 2-1 by CD Migjorn.

After last week’s controversial hiccup against closest challengers Alaior, a win would have secured a first title in more than 30 years.

But cup winners Migjorn denied them the chance to lift the trophy with a 90th minute penalty from Fabri.

Alaior, who sit five points behind with two games to play, kept up the pressure with a 4-1 win over UE Sami.

UD Mahon came from behind to beat Penya Ciutadella 4-1 and consolidate third place in the table.

Atletico Villacarlos’ draw away at Atletic Ciutadella lifted them off the bottom of the table, and they are replaced by Sporting Mahon, who were beaten 3-2 at CCE Sant Lluis.

Villacarlos looked on course for only their second win of the campaign, but conceded a penalty in the fifth minute of injury time to the hosts.