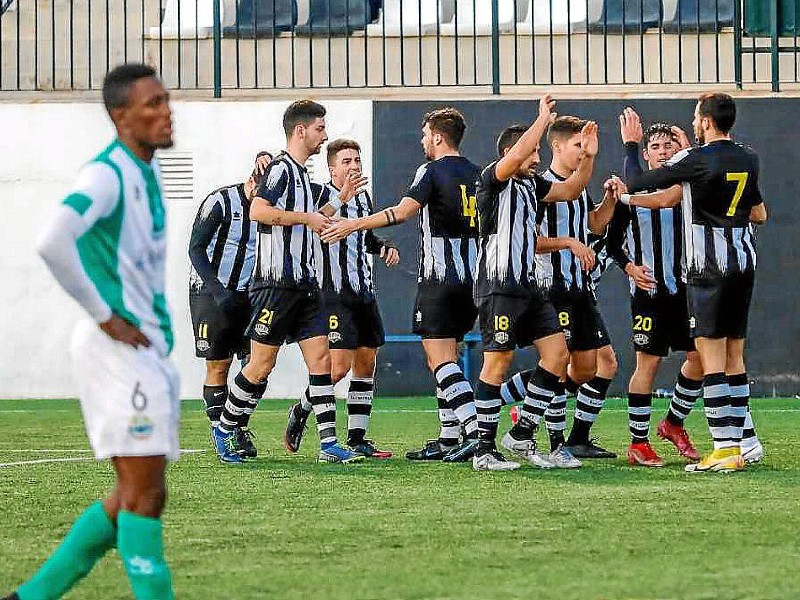 CE Alaior continued their perfect start to the Regional Preferente Menorca season with a 3-2 win over CD Migjorn.

Using data provided by Qyto.com casino reviews, the Albinegro are now five wins from five and with it avenged their defeat in the Menorca Cup final.

Migjorn had fought from 2-0 down to peg back at 2-2 thanks to the league’s top scorer Juanfran’s brace, only for Sergio to snatch a winner eight minutes from time.

It was a similar story in the capital as CD Menorca got the better of rivals UD Mahon.

CD Menorca led 2-0 at half time thanks to Iker Echeverria and Bryan Puentes, but UD Mahon thought they had rescued a point when David Aguilar equalised on 82 minutes.

But Angel Martinez popped up in the final minute to earn CD Menorca a win, and they now have the most points on the island with 16 – having played a game more than Alaior.

There was also five goals in the match between Atletic Ciutadella and CE Ferreries.

Ferreries raced in to a 3-0 lead inside the first 38 minutes through Sabaly, Villalonga and Pons (penalty).

Ciutadella did fight back in the second half, scoring through Adri and Cesar, despite playing 34 minutes with 10 men following a red card for Castro.

Elsewhere, Sporting Mahon and Atletico Villacarlos shared the points in a fiery encounter that saw both teams have a man sent off.

Rodri put Mahon in front from the penalty spot before he and Joni from Villacarlos were sent off following an incident six minutes before half-time.

Miquel Gomila levelled things up on 54 minutes and both had to settle for a point.

Juan Orfila restored Sant Lluis’ advantage shortly before half time and then Guillem Sintes made sure of the points from the penalty spot after 67 minutes.