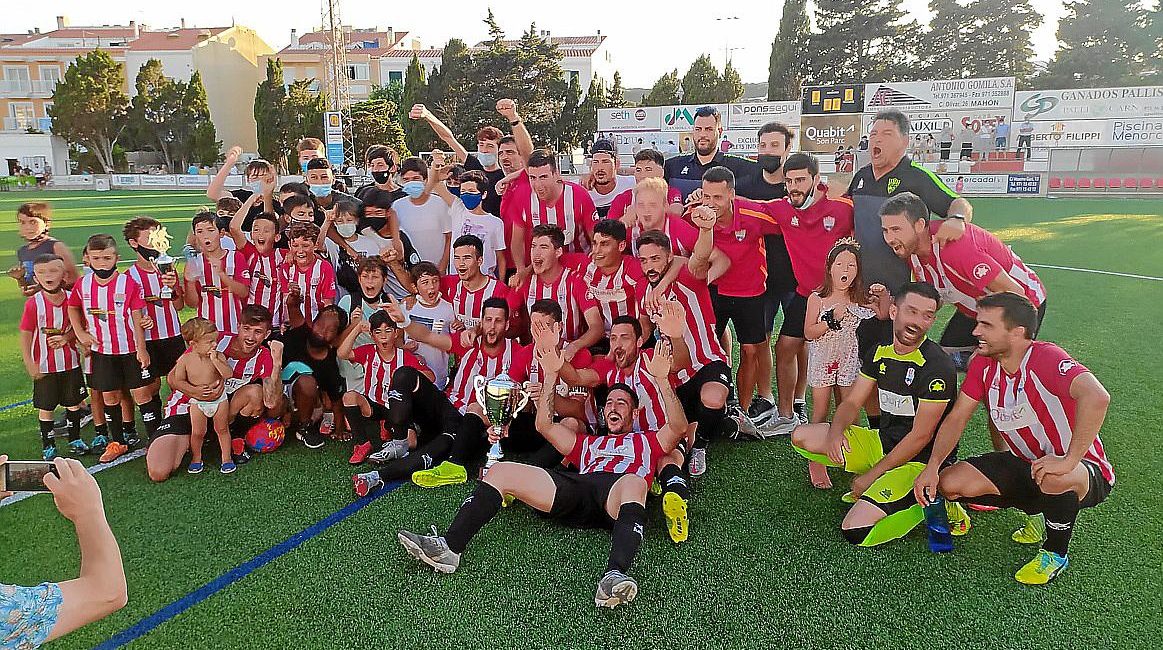 Their fine run ended in style as they won 8-1, scoring four goals in each half, with Alfonso Collado scoring a hat-trick and David Aguilar a brace.

CE Mercadal needed an 89th minute winner to complete their perfect season of 22 wins from 22 games.

CD Migjorn had threatened to upset the record, leading 1-0 through Marcos Moll’s first half goal, and though Ruben Races equalised by half-time, it looked like the champions would fall short.

But Races bagged with barely a minute to go and they return to Tercera Division as invincibles.

CD Menorca rounded off a fine second half of the season with a 5-1 thumping of Sporting Mahon, to finish fourth in the table.

Unfortunately, their slip up in the reverse fixture a week earlier cost them the chance to leapfrog UD Mahon for second place.