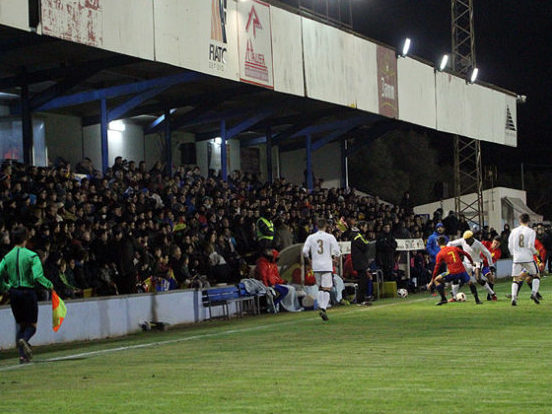 The Municipal Stadium of Bintaufa (Estadio Bintaufa), now home of Sporting Mahon, is arguably the highest profile stadium on the island.

It is the former home of Segunda Division B side Sporting Mahones, before their demise in 2012, where they had played since 1978.

Described by Estadio de Espana as “an old relic of a stadium set in scrub land close to the town’s Aeronautic Club and its small airstrip”, a main stand goes alongside one side, with five rows of seating, with a narrow terrace opposite.

A 3D model of the main Bintaufa Stadium (Estadio Bintaufa)

Around 2010, there were plans to re-develop the Bintaufa sports complex – first by adding a training pitch next door, and then secondly by adding a new grandstand to the existing stadium and other facilities, to suit the modern needs of the community.

But with Sporting Mahones suffering with financial difficulty, only the first phase ever got done – which at least provided a so called “annex” pitch with artificial turf, plus a smaller training pitch. A half-length stand goes along one side, with offices and changing facilities at one end. 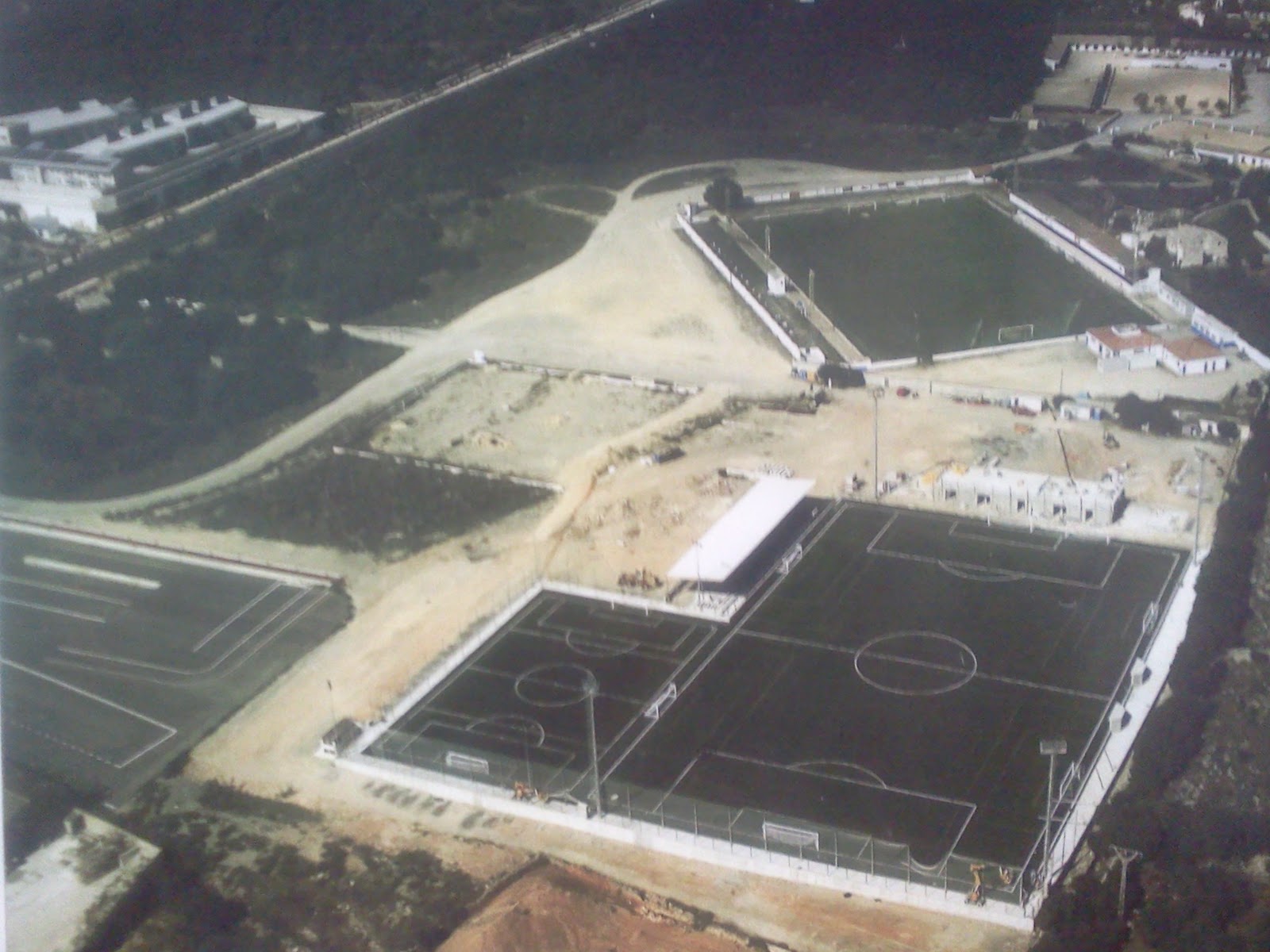 The main field at Bintaufa remains relatively untouched after the budget from the local council simply wasn’t there for the ambition €4.2m plans to come to fruition.

A club official at the time said: “Either we change Bintaufa or they throw us out of the league. We cannot continue like this. The decline of Bintaufa will kill the club.”

And so it proved. Once the club folded, and the new one joined Regional Preferente Menorca, there simply wasn’t the urgent need, or indeed finances, to proceed.

The initial plans had included an artificial pitch on the main pitch, in front of a new grandstand for 1,500 spectators. There was also going to be new terracing, with space for expansion, plus appropriate facilities for television cameras, eight floodlight towers and a press box.

None of those changes to the main stadium have happened, although the annex pitch has gone ahead. A building alongside the pitch has been developed too, though presumably not as grand as first thought – the initial plans from 2009 said it would have 10 changing rooms, office space, a cafe/restaurant area and a function room.

It’s perhaps unfortunate that this April Fool’s from 2010, about an archaeological find under the pitch at the stadium, wasn’t true. As it may well have provided the required funds for re-development!

Between Sporting Mahones demise in January 2012 and the formation of Sporting Mahon, the pitch, already notoriously inconsistent, fell in to disrepair, although it was briefly used by the youth team of Atletico Villacarlos, to enable them to prepare for games away from the island.

By the time of Sporting Mahon’s first game, in August 2013, it had required a dedicated group of parents, managers and volunteers, led by Juan Miguel Capo, to ensure the stadium was up to scratch. That included restoring the grass pitch to its former glory, fixing some problems in the main stand, painting the ground and creating a new path from the old stadium to the new annex.

Since then, Sporting Mahon signed an exclusive agreement to use and manage the facility, with the local council covering electricity and water costs, in line with other clubs in the municipality.

In 2017, it hosted as Under 17s international match between Spain and Italy, which saw around 2,500 fans pack in to Bintaufa for the greatest football occasion on the island for many a year.

On the field that day were a host of up and coming stars, including current Manchester City starlets Ferran Torres and Eric Garcia plus Paris Saint Germain’s Moise Kean, who has had spells with Everton and Juventus.

Fast-forward to today, and in January 2021, the local authorities inspect damage caused by a recent storm. 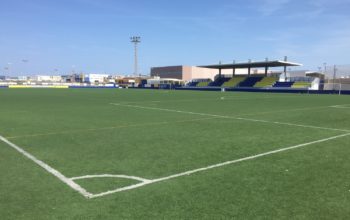 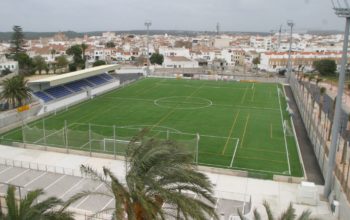