UD Mahon put themselves in to promotion contention

UD Mahon put themselves in to promotion contention 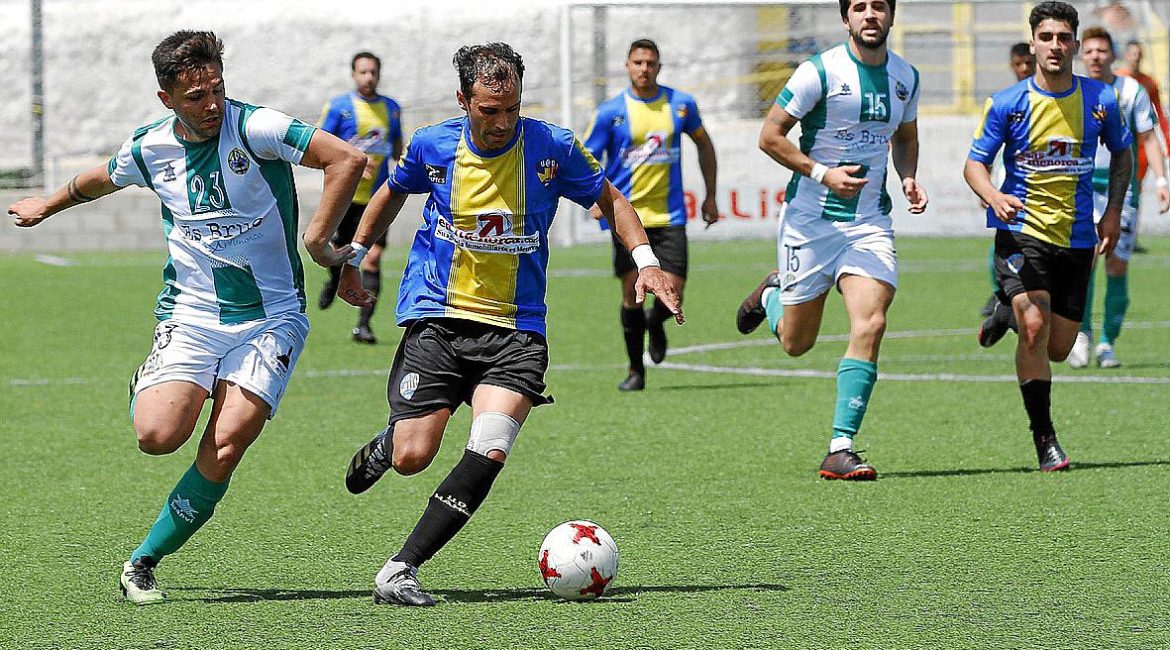 UD Mahon propelled themselves firmly in to the race for second place and possible promotion with a 1-0 win over CD Migjorn.

Luis Martinez scored the only goal of the game in the second half to close up the chasing pack, which Migjorn still lead with 26 points.

Long gone in the distance are CE Mercadal, who made it 14 wins from 14 with a 2-0 win over UE Sami, who themselves lose ground in the battle behind them.

Guillem Marti was at the double to take him up to 19 goals for the season, as a return to Tercera Division moves closer.

CE Alaior jump up to third place – two points behind Migjorn and a point ahead of UD Mahon and UE Sami – thanks to a 3-1 win over Penya Ciutadella.

Ramon Huescar, one of Marti’s only real challengers for the golden boot, scored twice after Sergi Barber’s opener sent Alaior on their way for a first win in four.

The battle for the promotion play-off spot promises to provide a thrilling conclusion to the season and CD Menorca will fancy their chances of getting involved in that chase, after they won 2-1 at home to Atletic Ciutadella.

The basement boys had the game tied at 1-1 before Guzman’s late winner keeps CD Menorca within touching distance of the top five.

CCE Sant Lluis picked up only their fifth win of the season, winning 3-0 away at Atletico Villacarlos. Antoni Vinent, Joan Sola and Carlos Stainer were their scorers.

CE Ferreries held off a second half fightback to win 3-2 at Sporting Mahon. Alberto Vaquero opened the scoring in the very first minute, and he added a second after Sergi Sansaloni’s goal to put the visitors 3-0 up at half time.

Despite their best efforts, and goals from Nil Garcia and Antoni Ecribano, Sporting Mahon couldn’t quite rescue a point.