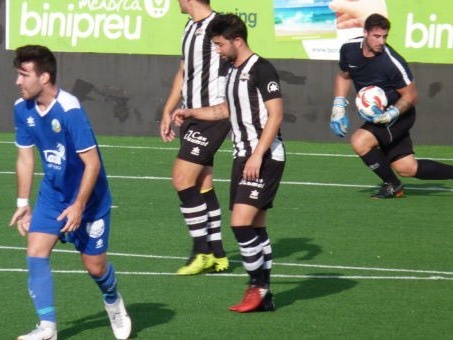 In a game overshadowed by violence towards the referee, Sporting Mahon twice came from behind to draw 2-2 at CE Ferreries.

The hosts had led through Alberto Vaquero, one of the players allegedly involved in the violence, at half time, but Marc Capo Payeras equalised early in the second half.

Cup winners CE Mercadal made it two league wins from two with a 1-0 win at last year’s champions UD Mahon.

The only other team with a perfect record after two weekends are CE Alaior, who followed up their opening day win with a 2-0 triumph at CCE Sant Lluis.

They scored late in both halves, through Xavier Carreras and Isaac Bar.

Atletic de Ciutadella had a dismal time of things in the cup, losing all 10 games, but they registered their first win of the season by defeating CD Menorca 1-0.